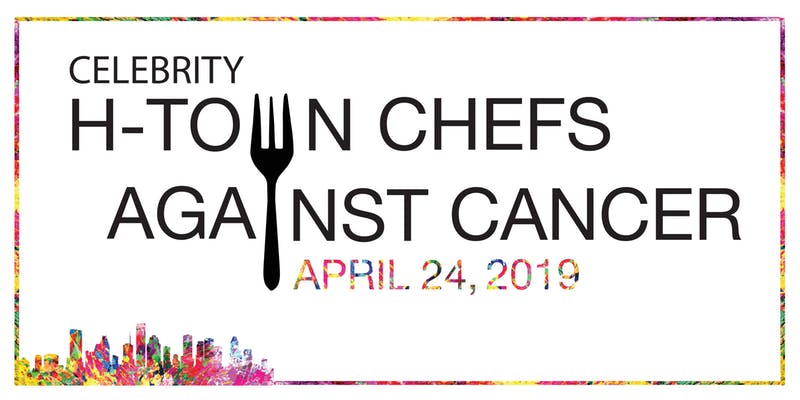 We love to share information about upcoming events in the community! This one is near and dear to our hearts because Camp H-Town was founded by one of our team members, Robin Segesta and her husband Tom. We hope to see you there, get your tickets now!

Join us as seventeen of Houston’s top restaurants come together for an unforgettable night of fundraising, great food and fun! The charity event Celebrity H-Town Chefs Against Cancer will feature a silent auction to raise funds for Camp H-Town, a summer sleep away camp at Four Seasons Hotel Houston conducted in partnership with The University of Texas MD Anderson Children’s Cancer Hospital. The oncology camp provides kids ages 8-15 who have been touched by cancer with a fun and safe camp environment at no financial cost to the campers’ families.

Celebrity H-Town Chefs Against Cancer will take place on the rooftop pool deck of Four Seasons Hotel Houston on the evening of April 24, 2019 and will feature some of the city’s top culinary talent including:

The mission of Camp H-Town is to bring back the joys of childhood to a unique population of children touched by cancer through an urban camp experience at the Four Seasons Hotel Houston. During the summer, the Hotel will convert an entire floor into a “campground” with bunk beds and camping gear, in which the campers will stay four nights under the supervision of medical staff from MD Anderson and local volunteers. This year’s Camp H-Town theme is “Reaching For The Stars”, inspired by the 50th anniversary of the moon landing. Campers will enjoy activities both at the hotel and at surrounding city attractions including a campfire under the stars on the hotel pool deck, a day at the Houston Museum of Natural Science, Prom Night at House of Blues Houston, Houston Astros baseball game, and much more.